STUDY: Sugar Is As Addictive As Cocaine & Heroin

STUDY: Sugar Is As Addictive As Cocaine & Heroin

We’ve grown up on it. As we’ve grown older we’ve seen its effects. Kids running around at birthday parties and Halloween on “sugar highs.” But is this just a clever play on words, or are people actually getting high on sugar?

Well, it may be one addiction that won’t land you in court or an inpatient rehab but it certainly isn’t a healthy habit. Sugar – as anyone who mainlines sweets can attest – can be just as habit-forming as cocaine. But to those who’ve never used cocaine how can one be really sure?

Researchers at Princeton University studying bingeing and dependency in rats have found that when the animals ingest large amounts of sugar, their brains undergo changes similar to the changes in the brains of people who abuse illegal drugs like cocaine and heroin.

“Our evidence from an animal model suggests that bingeing on sugar can act in the brain in ways very similar to drugs of abuse,” says lead researcher and Princeton psychology professor Bart Hoebel.

In the studies, he explains, animals that drank large amounts of sugar water when hungry experienced behavioral changes, too, along with signs of withdrawal and even long-lasting effects that resemble cravings.

Some people experience powerful cravings for sweets – internal messages telling them to eat sugar even though they know it’s bad for them – says Dr. Louis Aronne, director of the Comprehensive Weight Control Center at New York-Presbyterian Hospital/Weill Cornell Medical Center. “These people get strong urges to consume sweets, and these cravings border on addiction,” he says. “When they eat sugar, just like when someone ingests cocaine, some people get that feeling of well-being, a rush that makes them feel good for a period of time. When the sweets are taken away, the people just don’t feel right.”

In the animals studied at Princeton, bingeing released a surge of the neurotransmitter dopamine in the brain. “It’s been known that drugs of abuse release or increase the levels of dopamine in that part of the brain,” Hoebel said.

After the rats’ sugar supply was withdrawn, they became anxious. Their teeth chattered and they grew unwilling to venture into the open arm of their maze. Instead, they stayed in the tunnel of the maze.

Deprived of their sugar, the rats displayed signs of withdrawal similar to the symptoms seen in people when they stop smoking, drinking alcohol, or using drugs.

Just as not everyone has the tendency to become an alcoholic or a drug addict, so not everyone is hard wired to be a sugar-holic, Aronne says. And there is certainly effective treatment for a sweet addiction, though it’s not likely to go down easily among those who like their candy and cookies. 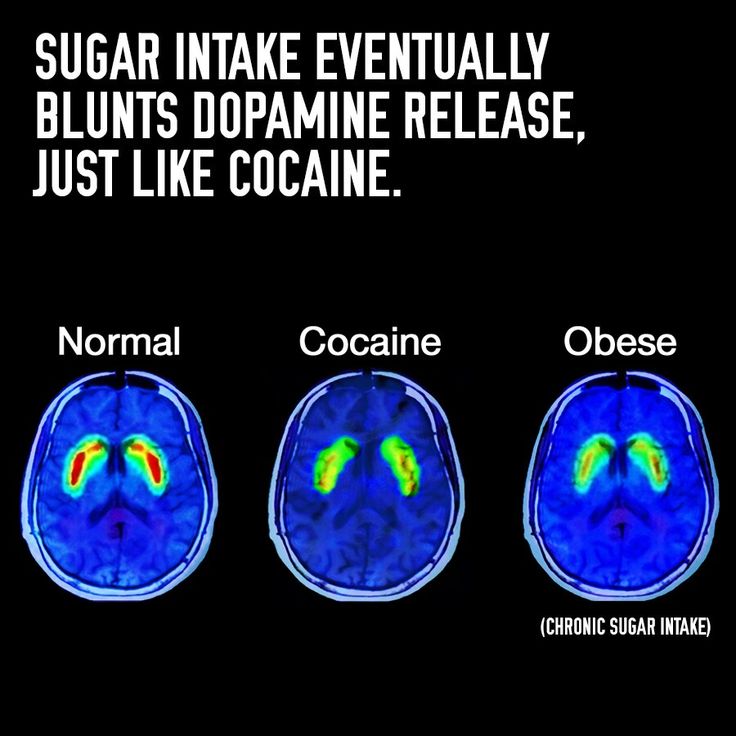 MIT University have been investigating the addictive properties of food on the brain, and what it does to affect an individual’s mental health. Working with mice they were able to see that a particular circuit in the brain regulates the compulsion for us to consume sugar. They were able to decode our addiction to the consumption of sugar.

The chemical dopamine is a neurotransmitter that is responsible for a multitude of functions within the brain, the main function being the way we behave. In particular focussing on behaviours related to our cognition, pleasure and motivation. When we consume substances that release dopamine in the brain it causes these neurotransmitters to be released.

Professor Selena Bartlett, a neuroscientist from the University of Queensland has been investigating the effects of sugar on the limbic system. Her research reveals that sugar can “repeatedly elevate dopamine levels, which control the brain’s reward and pleasure centres in a way that is similar to many drugs of abuse including tobacco, cocaine and morphine.”

It is no surprise that generations growing up in the early 19th Century, especially those hit by the Great Depression, knew the great impact sugar could have on our bodies. One of the many “old wives-tales” that seems to hold true in this very case, is that starting your day with something high in sugar, such as many kids cereals made today, starts the day off on a sugar high, followed by a crash only a couple hours later. When children are in school, this could result in the inability to concentrate, and even the diagnosis, or mis-diagnosis of ADD, which is supplemented with further, unnecessary drugs like adderal or ritalin. These powerful stimulants keep the body charged, especially in the slow release forms, preventing the child from feeling the sugar crash. But the issue and root cause in this case would not be ADD, but in-fact poor dietary food choices. Is this the fault of the child? The parent? Or the FDA, which seems more concerned about appeasing the lobbyists for big breakfast cereal chains. 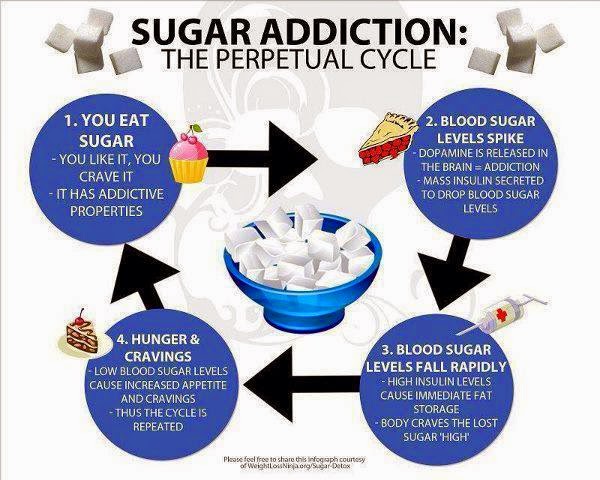 Most Important Meal of The Day: Break-Fast

Breakfast has long been touted as the most important meal of the day. Yet in the same breath we, as consumers, are marketed many breakfast-on-the-go options which seem to contradict the importance of the meal. If this meal is so crucial, why are sugary options the ones mainly marketed? Why is the breakfast cereal isle LOADED with sugar-laden treats, most of which, targeted on children. In recent years we’ve seen the vaping or electronic cigarette industry fall prey to attacks from Big Tobacco Lobbyists, and the FDA claiming that these vaping flavors are targeted at children, when they are typically only sold in vape or smoke shops where one must be 18 years or older to enter. However, children’s cereal is often on the lower shelf, or at shopping cart level height, for those children sitting in the shopping carriage to see at perfect eye-level.

The question becomes, are these food manufacturers who load their products with high fructose corn-syrup the equivalent of crack if compared to sugar as cocaine. Why is it that on every checkout aisle, whether in your local pharmacy chain, or grocery store, even some department stores have sugar-laden snacks and candies stocked at the cashiers’ aisles?

Independent 2016, ‘Sugar addiction should be treated as drug abuse’